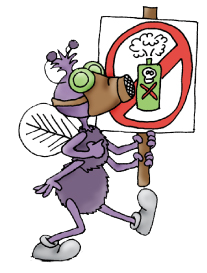 With so much controversy over this somewhat sensitive subject. I have taken the time to share my thoughts on organic gardening versus gardening via conventional methods (The use of common pesticides, insecticides and herbicides etc). Including points ranging from positive to negative. Implications and practicalities, advantages and disadvantages. And some helpful tips and hopeful encouragement along the way.

This article will be looking at plant life and crop farming only.

Let us first look at what organic gardening entails. The phrase itself is rather fatuous as everything to-date is organic in presence. Whilst certain objects may be grafted together from synthetic compounds. There origin is from naturally occurring compounds nonetheless.

All food is organic by nature. Even those grown by use of conventional ways. This even includes GMO crops which have been modified at the molecular level. They're still classed as living matter. Therefore organic matter.

So how can gardening be organic? Well, while the phrase "Organic gardening" still remains rather fatuous and improper to a certain degree. It's what the use of the phrase implies.

Organic gardening or more accurately put "Earth friendly gardening", is exactly that. Making use of eco-friendly methods which do not harm the biodiversity of our earth. In most circumstances, if not all, these methods can offer a great benefit to the land and wildlife that encompass it.

Organic produce is cultivated without the usage of any modern fertilizers, pesticides, petroleum based substances that are so widely used today and any or all chemically produced concoctions.

Some of the relevant methods used in organic farming may range from:


To find the advantages and benefits of gardening or farming organically. Let us analyze and dissect the disadvantages and the possible negative side effects of conventional farming methods.

Wide scale agriculture, or industrial agriculture. The sort of massive operations that stock our local supermarkets today use a handful of methods to achieve a regular, high yield and moderately healthy harvest.

Although with certain needs to be met, ratios to be maintained and shelves to be stocked, liability and pressure from contractual obligations and so fourth. It's quite logical to say that most farmers to day don't use the most friendly methods available to meet their requirements.

Organic gardening requires slightly more effort in comparison to the ordinary methods utilized when gardening or farming. Particularly at the beginning of any new renovation with a vegetable plot or just a garden.

As an example: Whereas an average gardener would simply pour a load of herbicide over a weed ridden patch. And with that being potentially harmful to the biodiversity and other life. An eco-friendly gardener who uses organic methods of cultivation would instead, spend time and effort cutting, digging, collecting and composting all of those weeds.

In this instance, whilst the use of weed killing chemicals seems so effortless, and the second option to the contrary. The organic method should be far more preferred. Whereas the conventional gardener would more than likely allow the weeds to regrow after using herbicide. And then just repeating the process over and over again. The organic gardener in this instance would perhaps implement measures to insure weed growth would be restricted if not completely eliminated in the future. Perhaps by using weed matting, boiling water, turning up a few inches of the topsoil regularly or by simply pulling weeds up when they're noticeable. You can even buy organic herbicides these days as well.

Not to say a gardener who uses conventional methods wouldn't take advantage of weed preventative measures in the future. However, more often than not it seems the case that many of them fail to.

From these two simple comparisons alone you can probably recognize the effort that initially goes into organic gardening. However, by creating a diversity of species and insects through organic gardening methods. By reducing usage of harsh chemicals and implementing earth friendly methods in addition. Your garden will not only become much more vibrant and offer a good variety of healthy plants, nutritious fruits and vegetables. But it will also be void of the harmful pollutants created by man and thus be far more healthier for yourself, your plants and for all that nature has to offer.

Below I've constructed a few points ranging from negative to positive.

If you're a keen gardener. I urge you to switch to completely organic methods. They're so easy implemented on a small scale basis. Your fruits and vegetables will taste far more pleasant and you will almost definitely be more healthy eating foods free from chemicals.

As you may probably gather, conventional methods that're used are almost necessary for wide scale agricultural situations. With so many billions of people alive to date. It would be impossible to feed these many millions of persons without such methods of agriculture. The use of organic methods on such a scale would be far more difficult if not impossible to manage.


Although with the a broad understanding of nature itself, and a correct application of organic methods, farmers who use conventional methods can significantly reduce there usage of chemicals, steadily introduce more sustainable, organic methods of farming. Ultimately producing higher quality, more healthy and nutritious fruits and vegetables for us to eat. Not forgetting the beneficial aspects brought toward the earth that would not previously be present if farmers still used today's current methods.

In the long run, herbicides and insecticides do not work. There was a case recently whereby farmers who had used Monsanto's roundup herbicide were reporting mutations in weeds. The weeds had adapted to Monsanto's roundup and became "super weeds". Growing far more vigorously than before and even more stronger. There have even been reports of insects showing mutations and resistance to certain chemicals!

It is evident, as history has shown and as the mainstream media reports. Nature will always find a way to survive. Even those of strange and bizarre mutations. The best strategy here is not to fight it, but to embrace, learn, adapt sensibly. 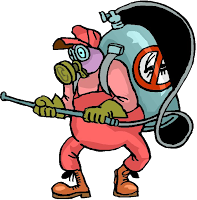 I can't imagine a situation were the use of chemicals in wide scale agriculture is not used. The only remedy here would be smaller, more community based farms. Introducing organic only methods, or even just the good will of people, sharing their homegrown vegetables and fruits amongst their neighbours.

I think it is time we examined our impact on the earth. The evidence is there for whoever cares to see. We need to switch from the currently employed unsustainable wide scale agriculture to more sustainable technologies that benefit not only us humans but the earth in which we all share and consider our home. 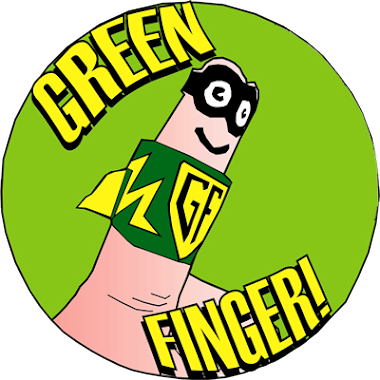